All projects
Projects on the map 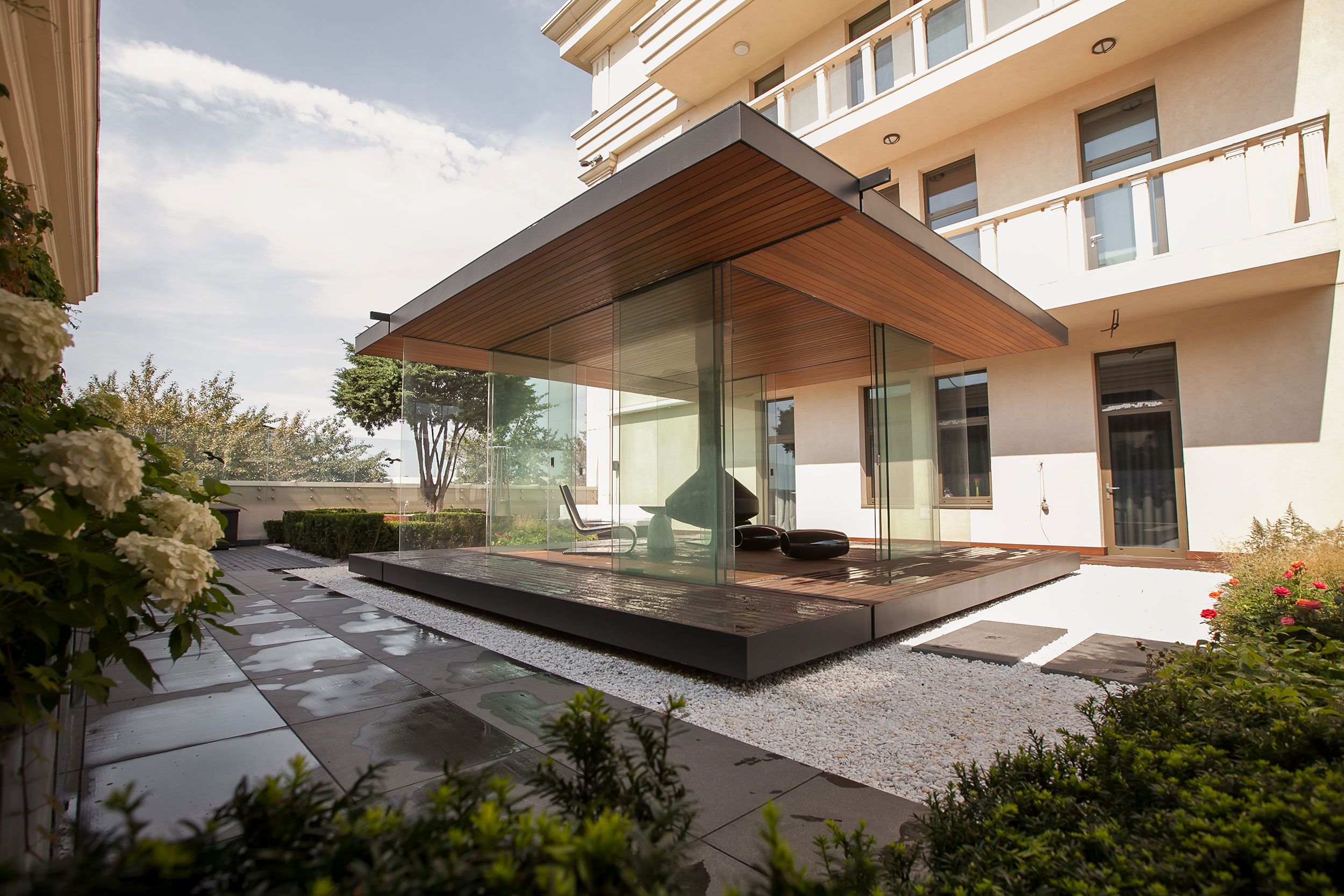 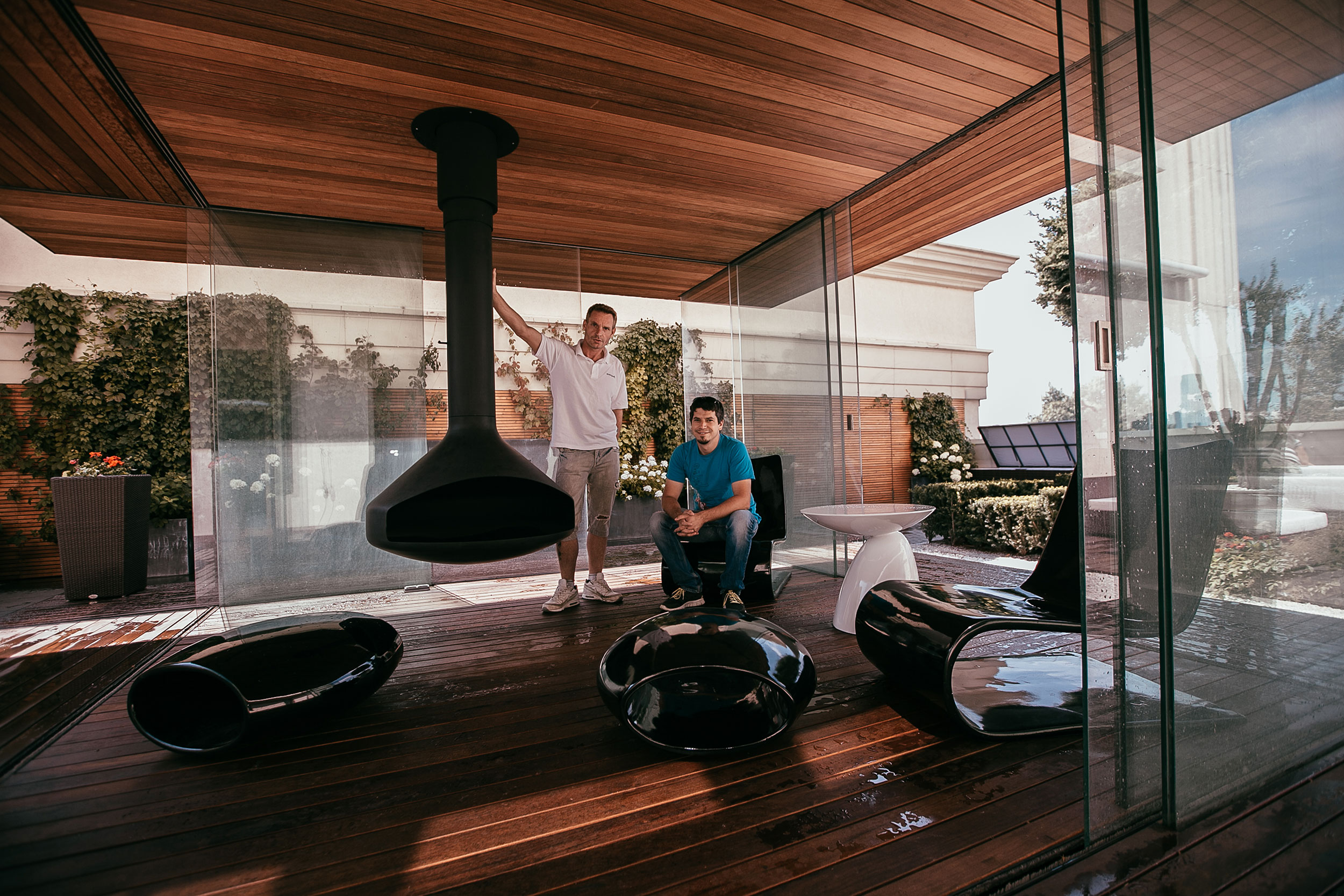 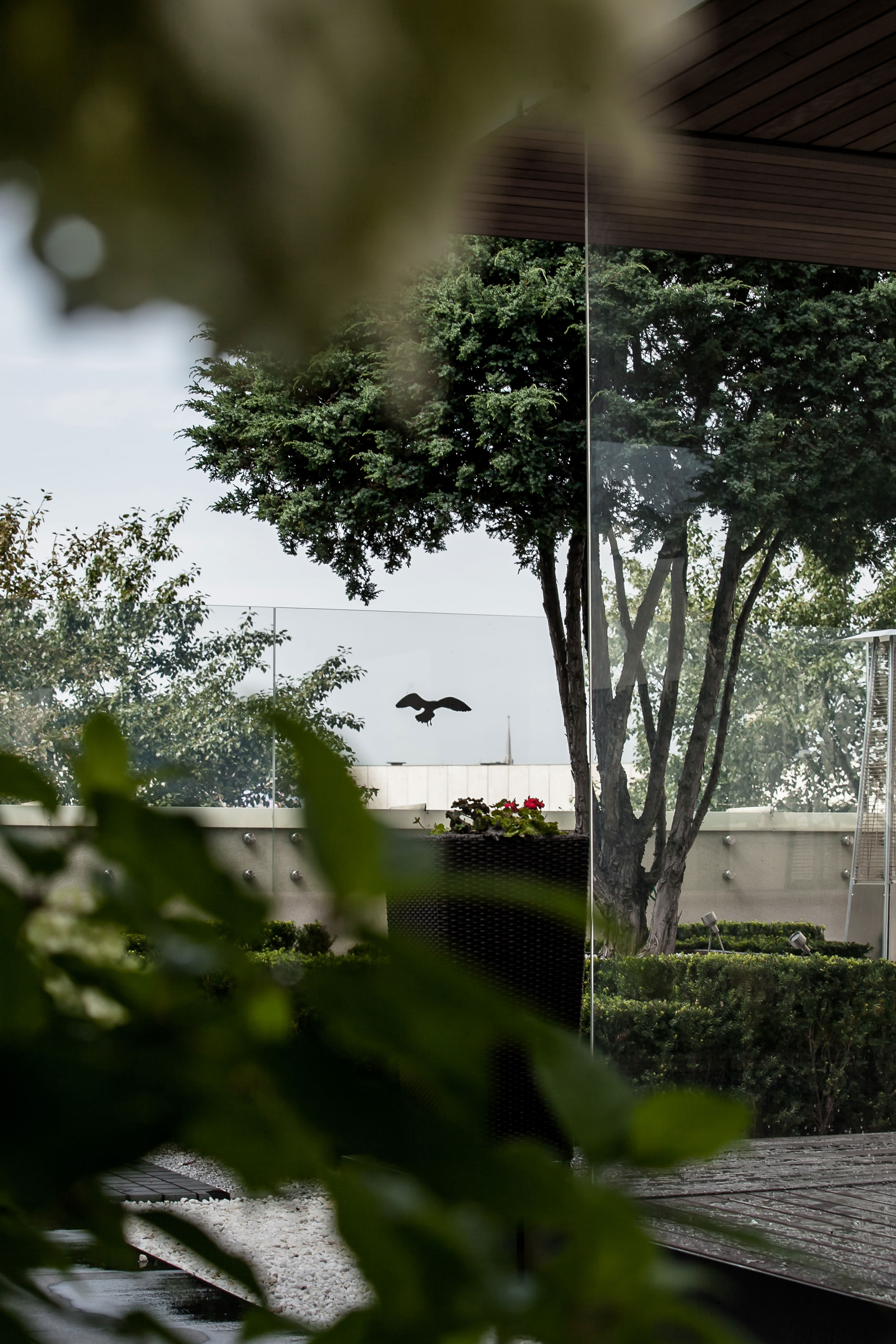 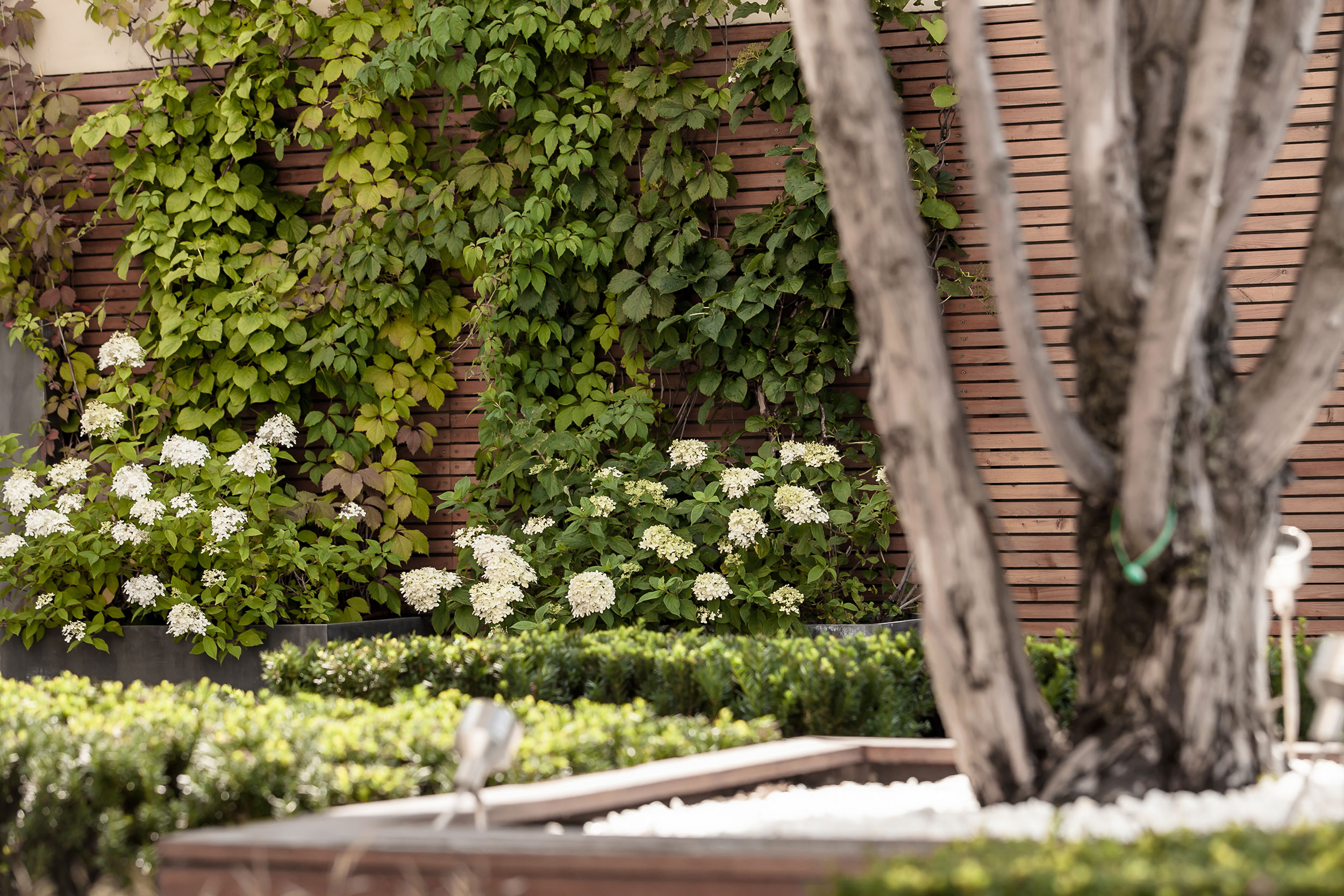 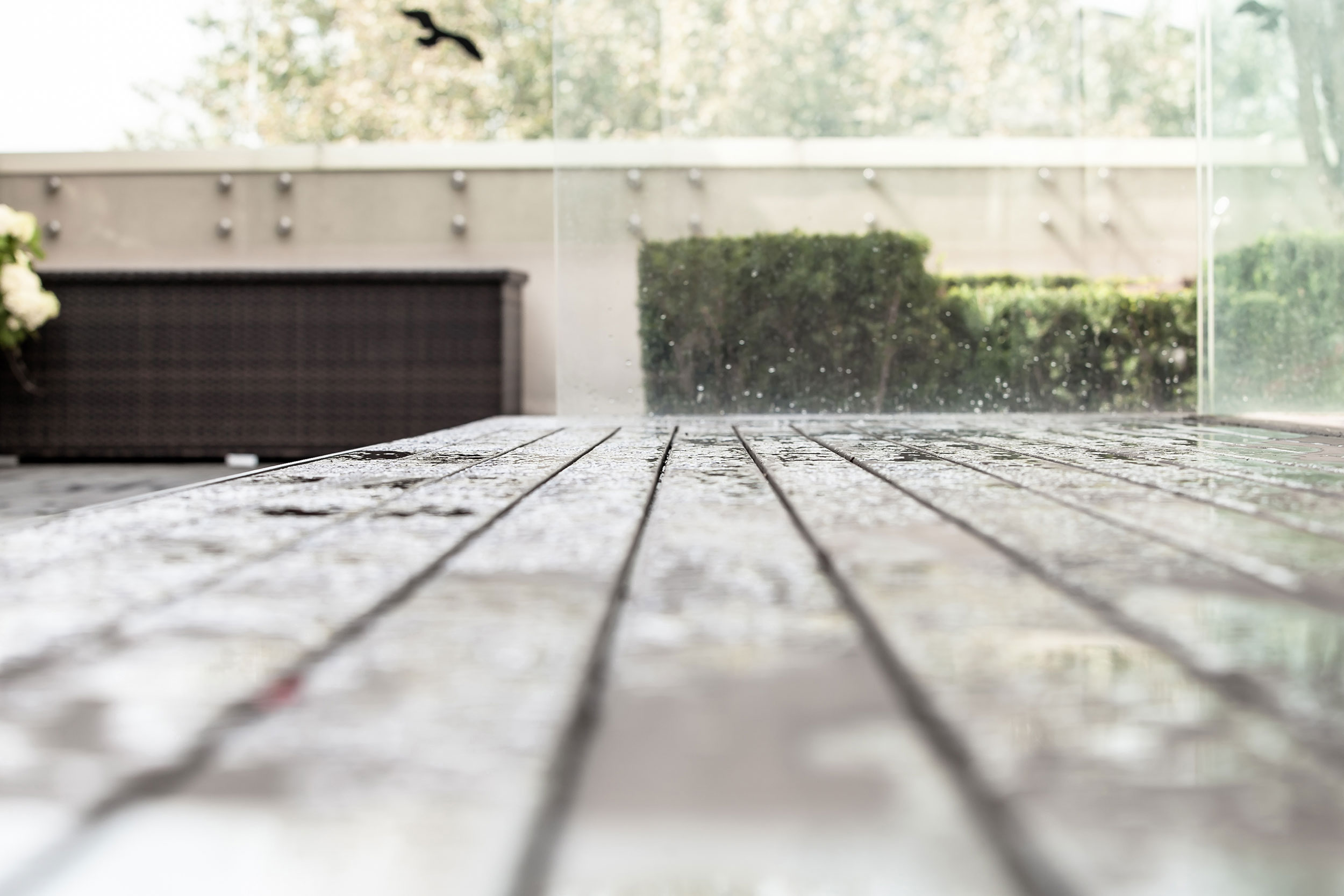 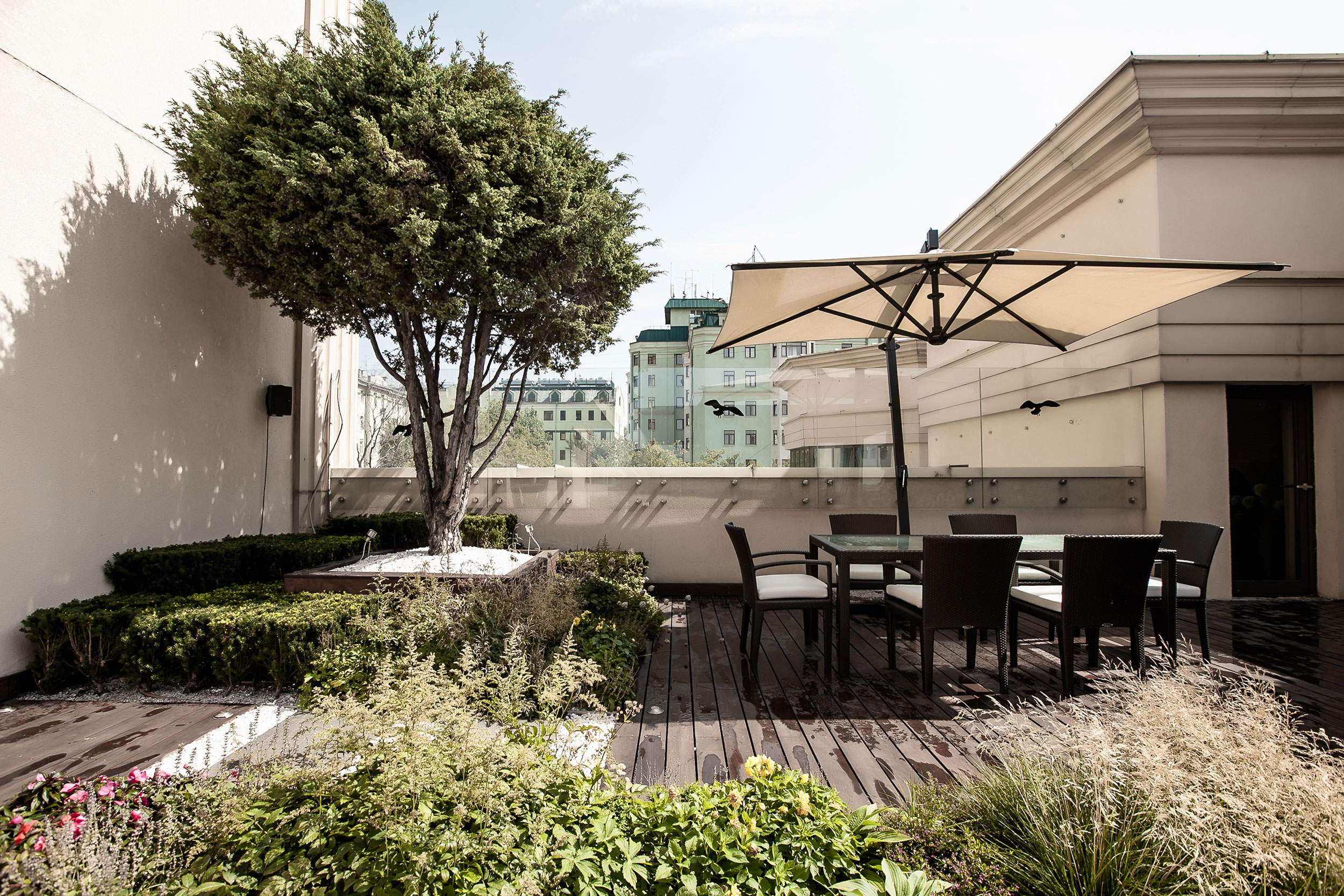 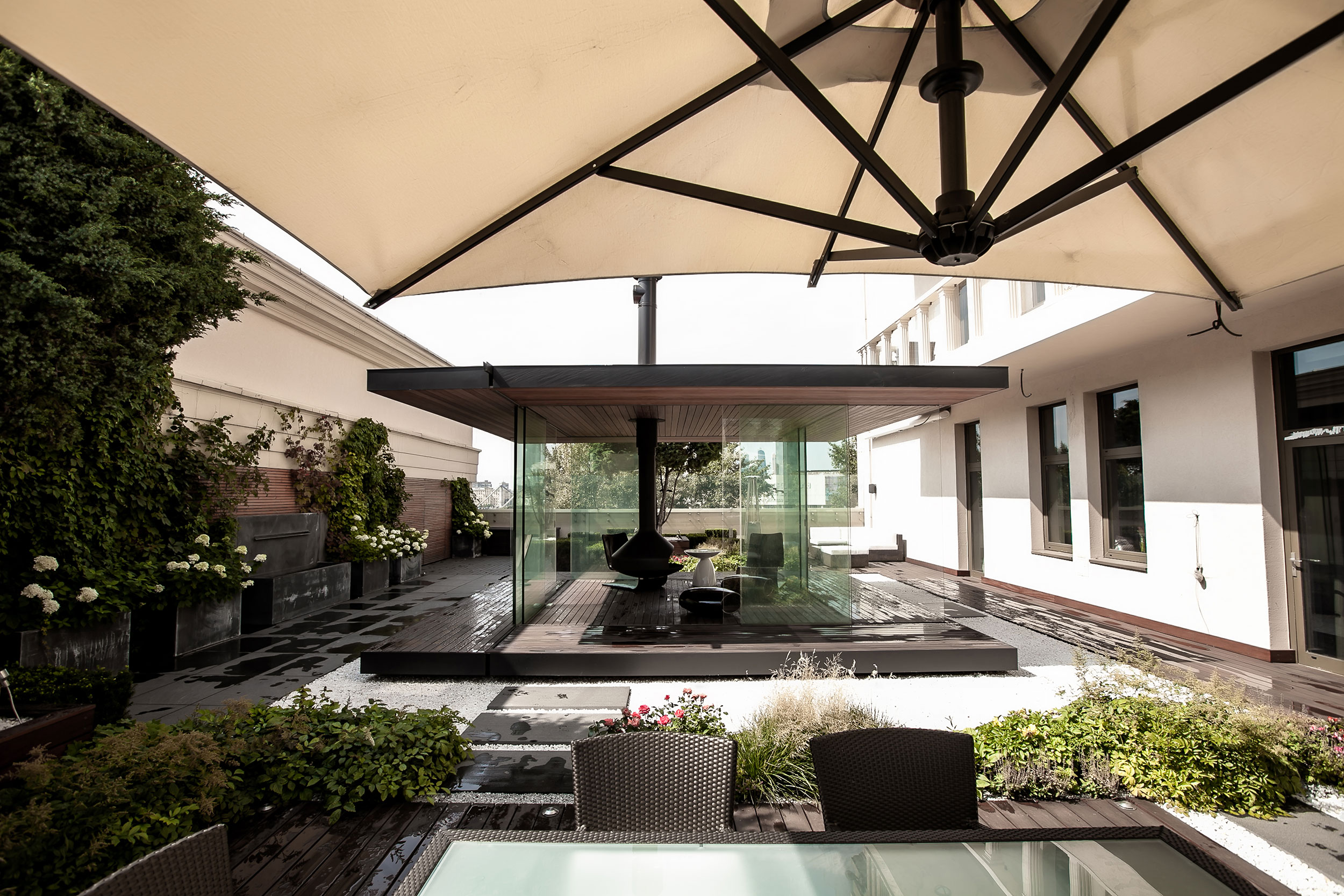 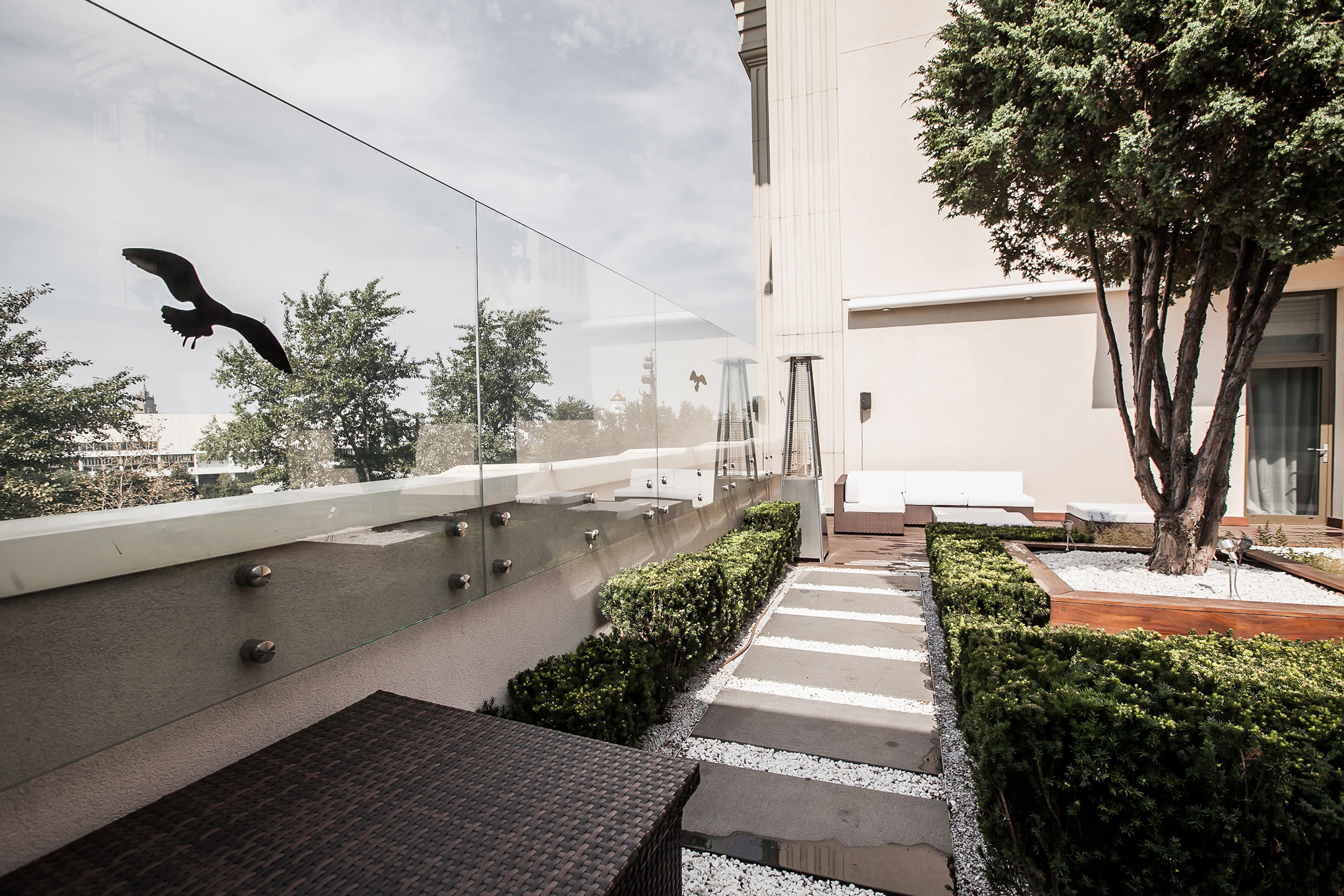 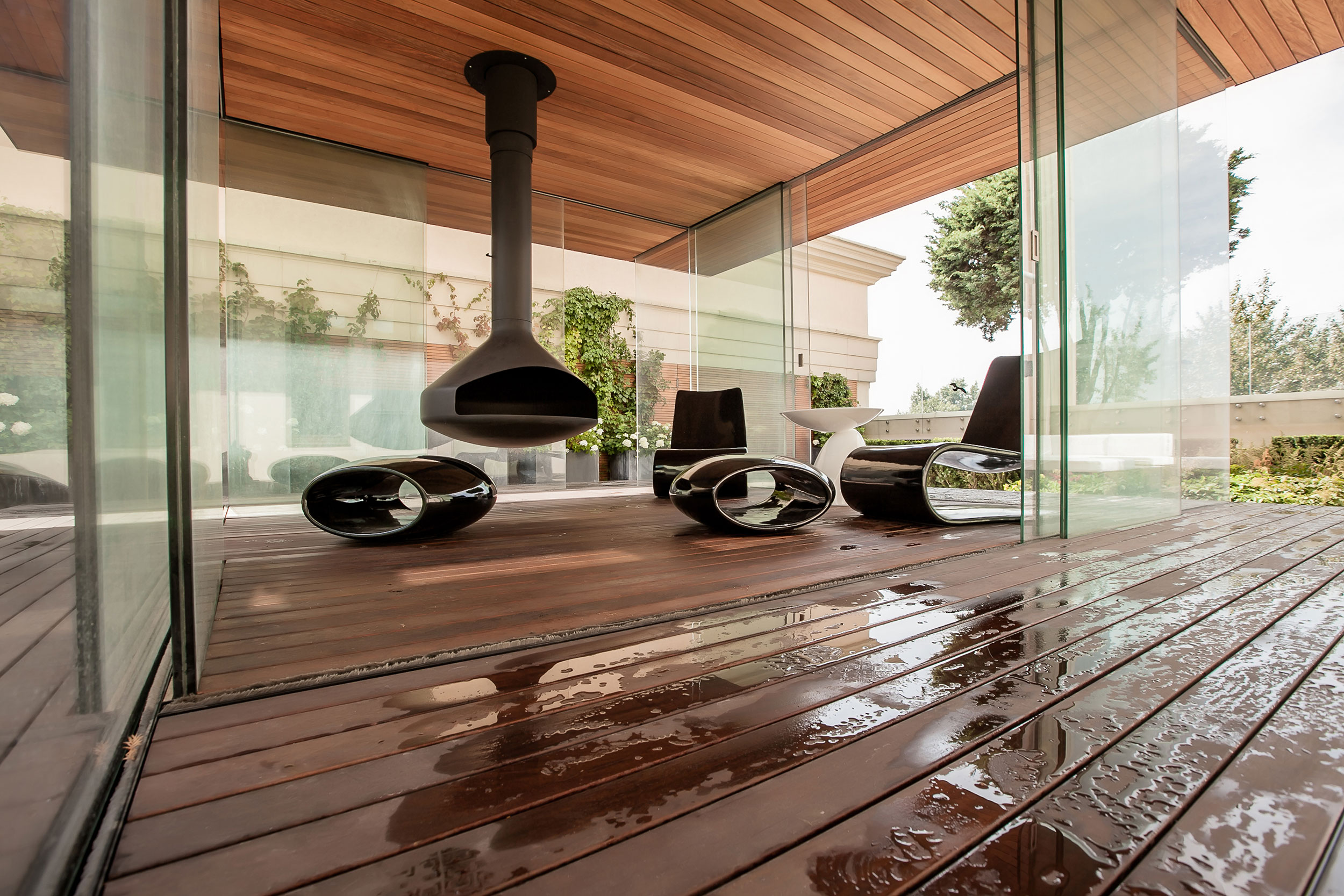 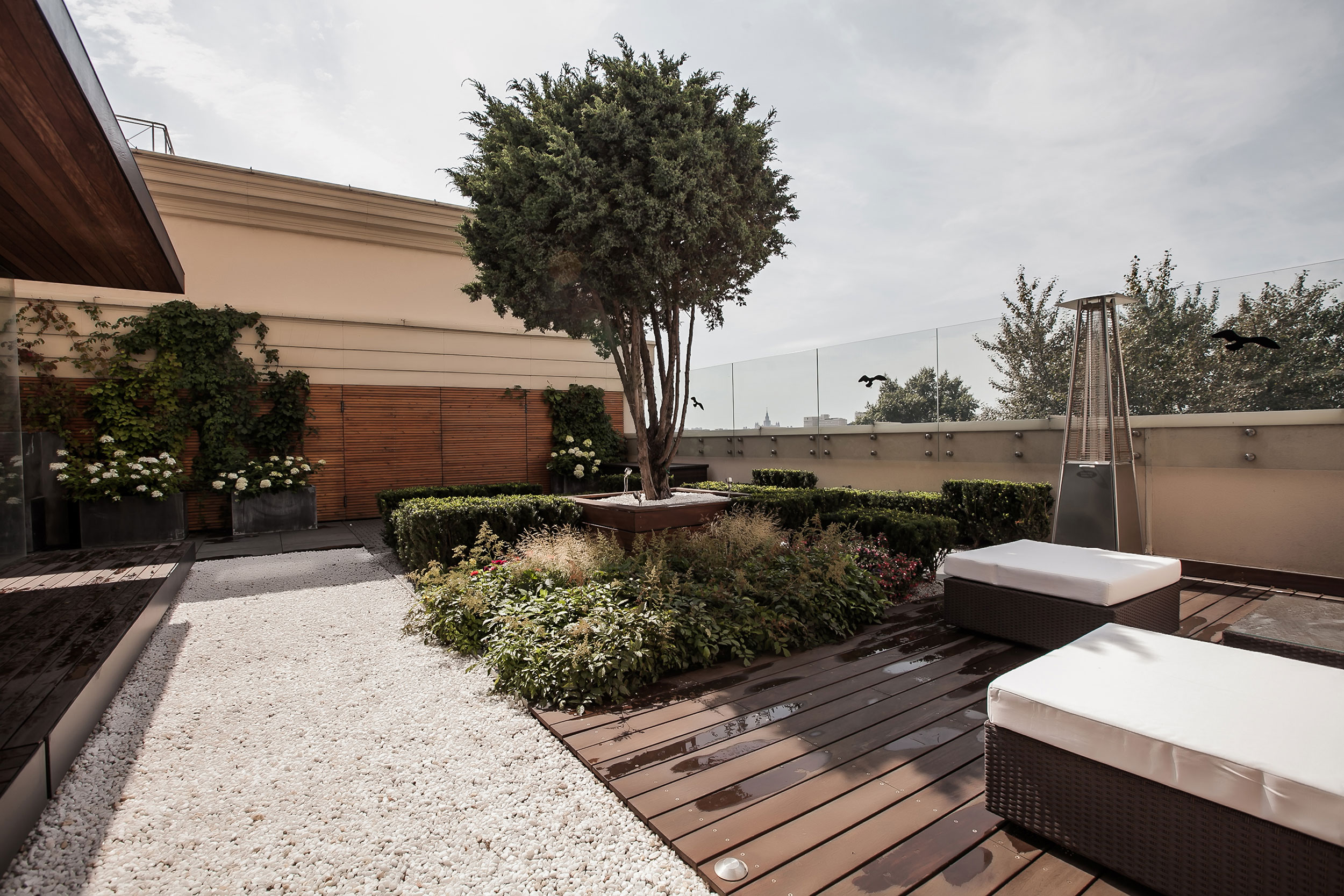 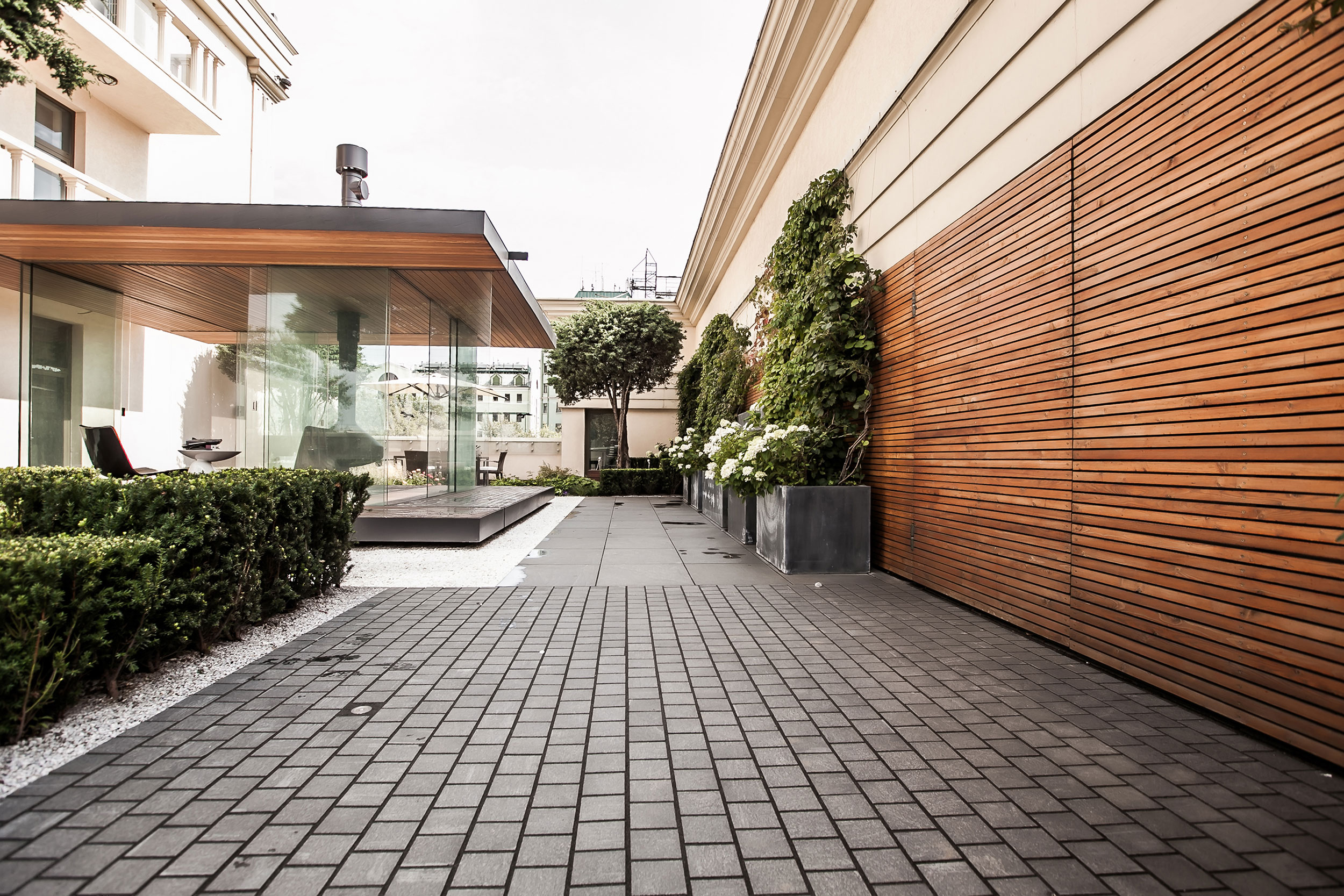 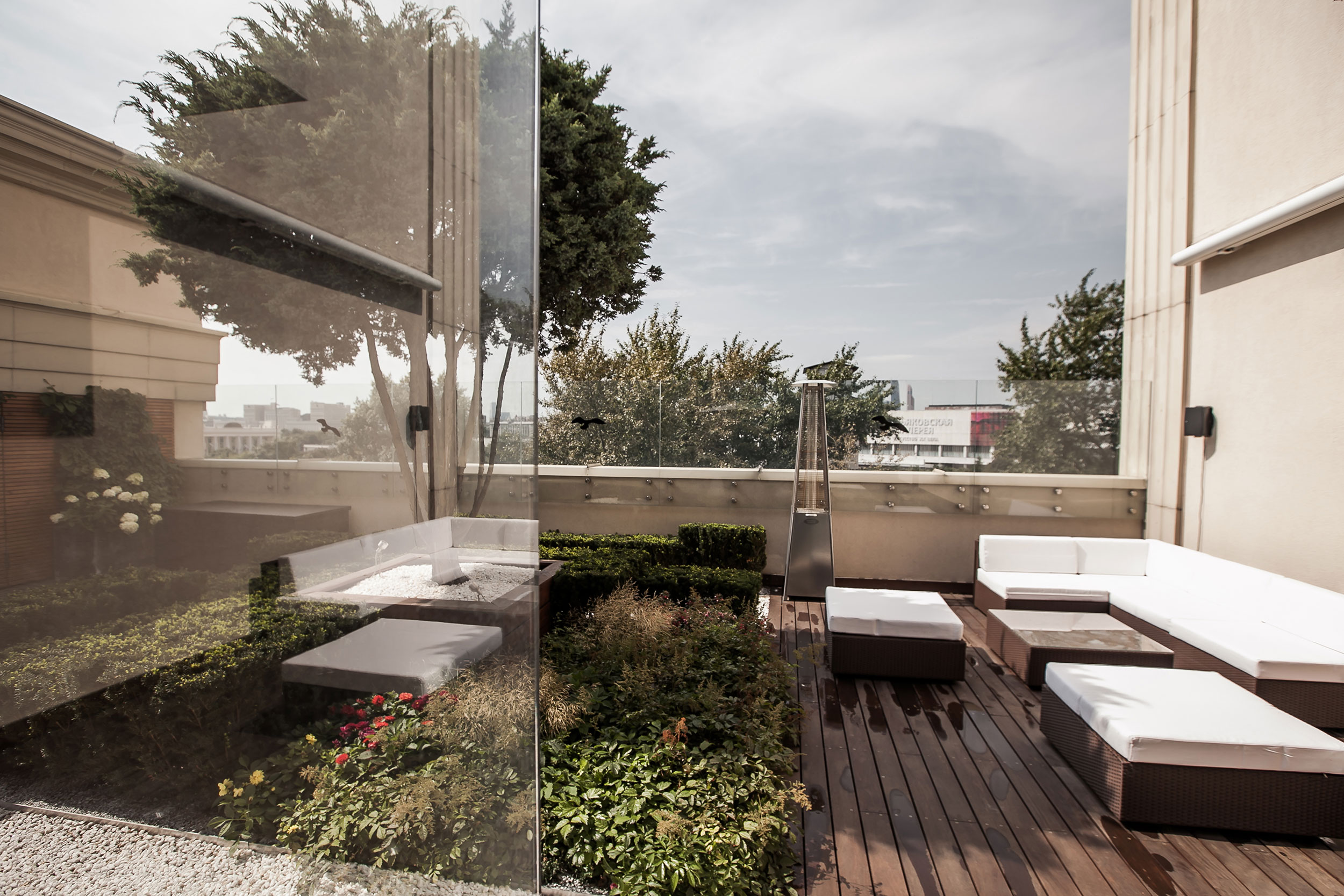 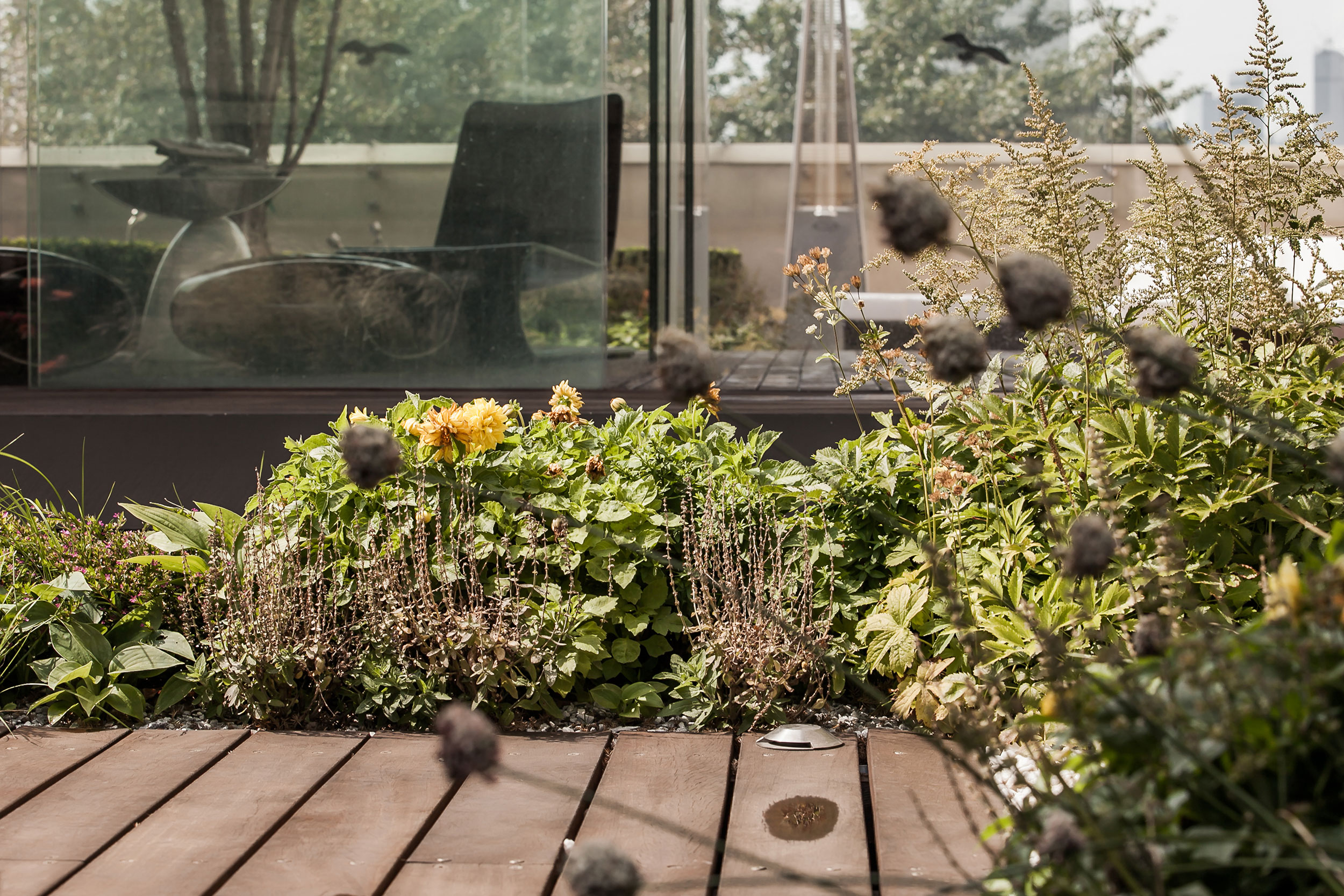 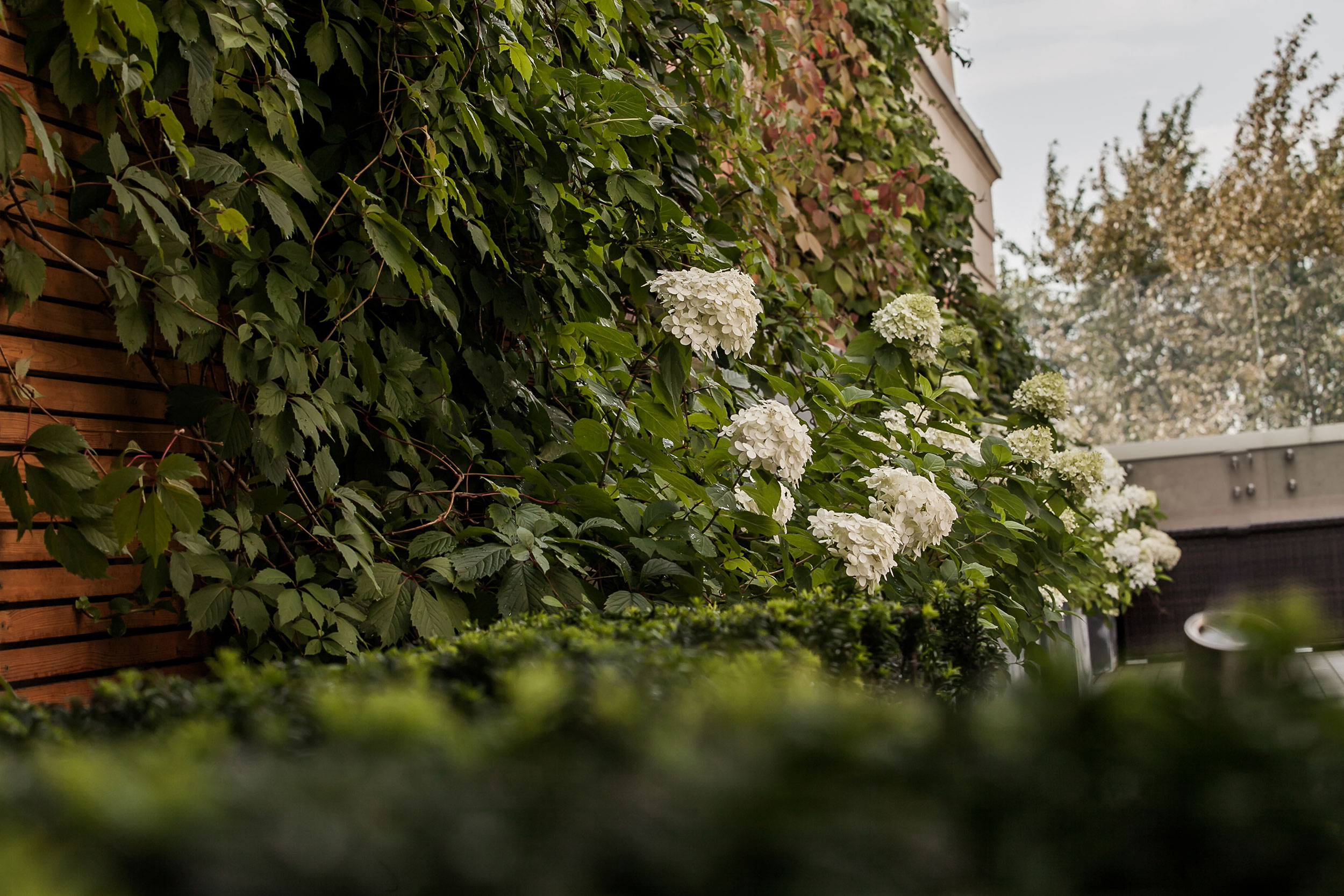 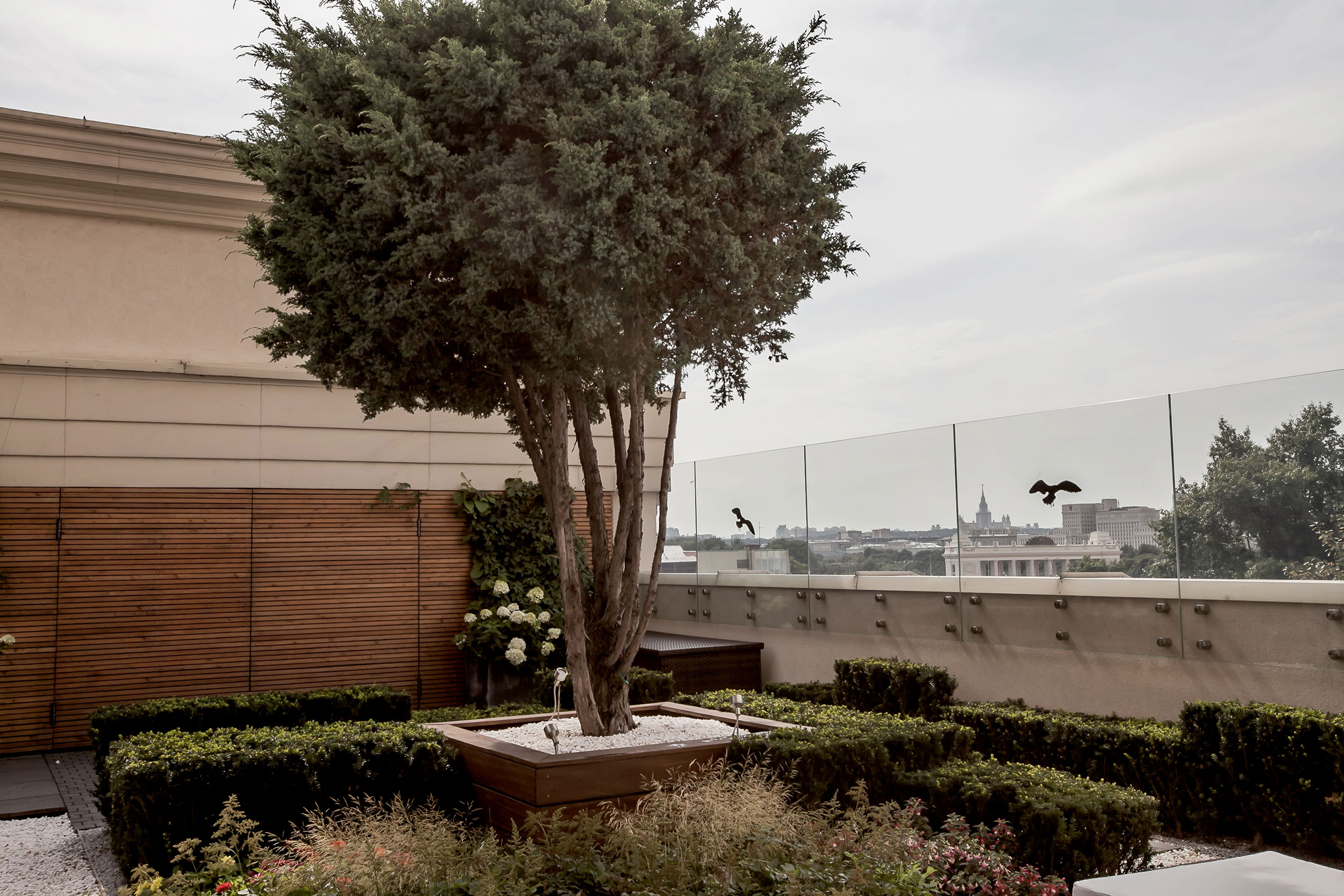 Private roof garden. Yakimanka
All know the saying "The simpler the mechanism, the better it works". Indeed, a man has become so attached to this concept that he often finds a special appeal and grace in laconic forms of the surrounding environment.  But it is not that easy to create a garden that will function with the minimum of constituent elements. Nevertheless, it is our signature style, so we abode by it when designing the Yakimanka terrace.

The minimalism in the garden begins from its boundaries. In our case they play a functional role as well protecting the garden from the wind.  We chose the glass as a shield. Framing the garden along its perimeter does not separate it from the surrounding landscape and offers a scenic view. With that the privacy of the inner space is preserved.  Organization of the space itself is essential. Design tasks included arrangement of the following zones on the project's site: a children's playground, a lounge zone and a dining area. Having organized the space as a studio we divided those zones by means of elevation differences. This way each ground became elevated and separated from the others with greenery or gravel fill. All passages between the zones are made with large natural stone slabs.  There is an art-gazebo in the centre of the garden. It seems as though it is placed in the middle of a rectangular pond imitated by white gravel filling. The shape and see-through walls of the gazebo perfectly blend in the surrounding landscape, resonating with the shield and the garden configuration.

The zest is a transformation of space, which manifested at the playground: for instance, a partial opening in a decorative wall reveals a hidden kids climbing wall and related gear.

The style of the garden has its implications for the selection of plants. Rectangular trimmed shapes of the yew go with the facade of the house and structure of the terrace, whereas planted perennials help plane the style geometry, bringing in the feel  of comfort. Three umbelliferous yews act as accents and attract attention primarily by their unusual shape, while not disturbing the harmony of the soft colour. As a result we can offer you a garden being a single and complete harmonious space with the minimal number of components.